The U.S. Army brought Richard Harpole to the Barstow community in 1983 when he was assigned to Fort Irwin as a Military Police Investigator.  That is where he met his wife, Donna. They we were married in 1984 and decided to make Barstow their home. Not long after they were married, he received an Honorable Discharge from the Army and went to work for the Barstow Police Department.

He worked as a patrol officer and detective focusing much of his efforts on the drug and gang problems facing the community during the late 80's and early 90's; he retired as a lieutenant in 2008.

He has been proud to support the community through a variety of organizations, principally the Boys & Girls Club and the Miss Barstow Pageant. Rich is fond of saying,” Barstow has been good to me, and I believe in the importance of giving back to our community.”

Over the years, he has served on the Board of Directors for the Chamber of Commerce, the Boys & Girls Club of Barstow, Mojave Valley Volunteer Hospice, and the Barstow Humane Society. He is a life member of the California Narcotic Officers Association and the American Legion. In January 2000, he was named Man of the Year and then in January 2011 was named Man of Continuous Service.

Rich’s entire adult life has involved some type of service to community and country; Rich was elected in 2012 to the City Council and re-elected in 2016. Rich is proud to continue his service to the residents of the City of Barstow.

Rich has a lovely daughter, Anne-Shirley, and son in-law, Chris Schreiner, who welcomed their first child and Rich’s first grandchild, Ethan into the world in 2013. In 2017 the family welcomed a second son and Rich's second grandchild - Corbin ! 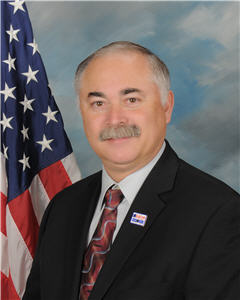