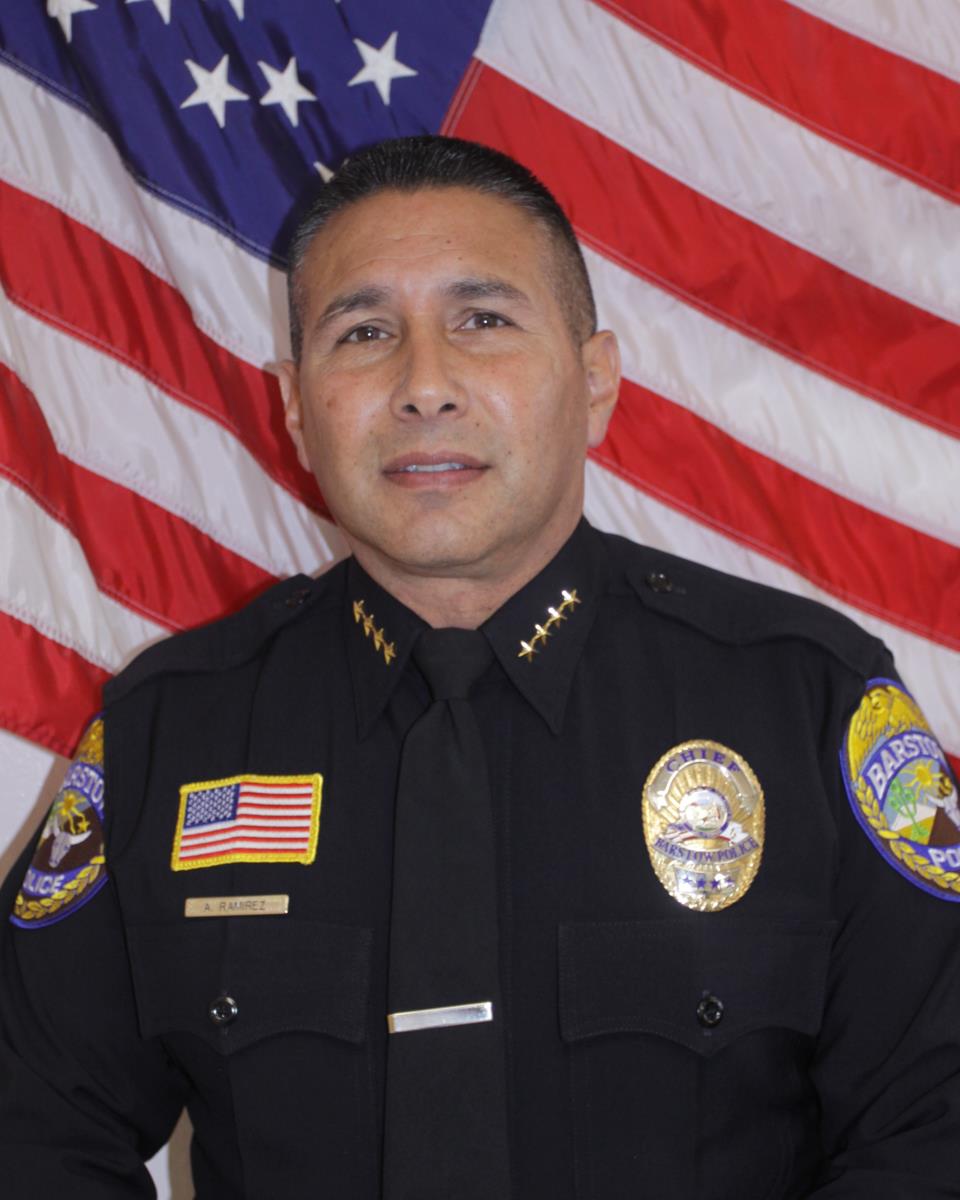 Chief Albert Ramirez Jr. began his law enforcement career in 1991 with the Barstow Police Department. Before becoming a police officer, he was honorably discharged from the United States Army where he served as an Army Ranger in the 2nd Ranger Battalion.

In 1991, Chief Ramirez graduated from the San Bernardino County Sheriff’s Department 103rd Basic Academy Session. After graduating from the academy, Chief Ramirez worked as a patrol officer. He was later selected to start the School Resource Officer program at the Barstow Police Department. 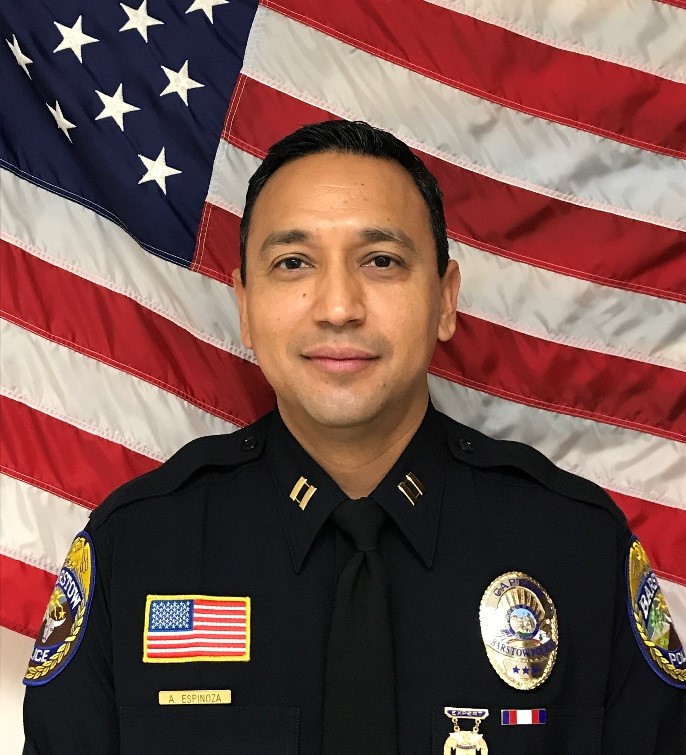 Captain Espinoza has an Associate’s Degree in Social Science from Barstow Community College, a Bachelor’s Degree in Criminal Justice from Chapman University, and a Master’s Degree in Public Administration from California State University, Long Beach.

Captain Espinoza is a recipient of Barstow Police Department’s Life Saving Medal, granted for extraordinary action to save the life of another.