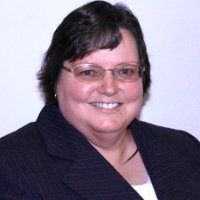 Ms. Prothro earned her Bachelor of Arts in Economics from California State University, Northridge School of Business and Economics in 1978.  She attended Loyola University, Los Angeles, School of Law from 1980-81, before focusing her career on Finance. Ms. Prothro also served in the US Army as an Air Traffic Controller.

Cindy is a native of California, she has lived in Lancaster since 1982.  She has a son and two grandsons.